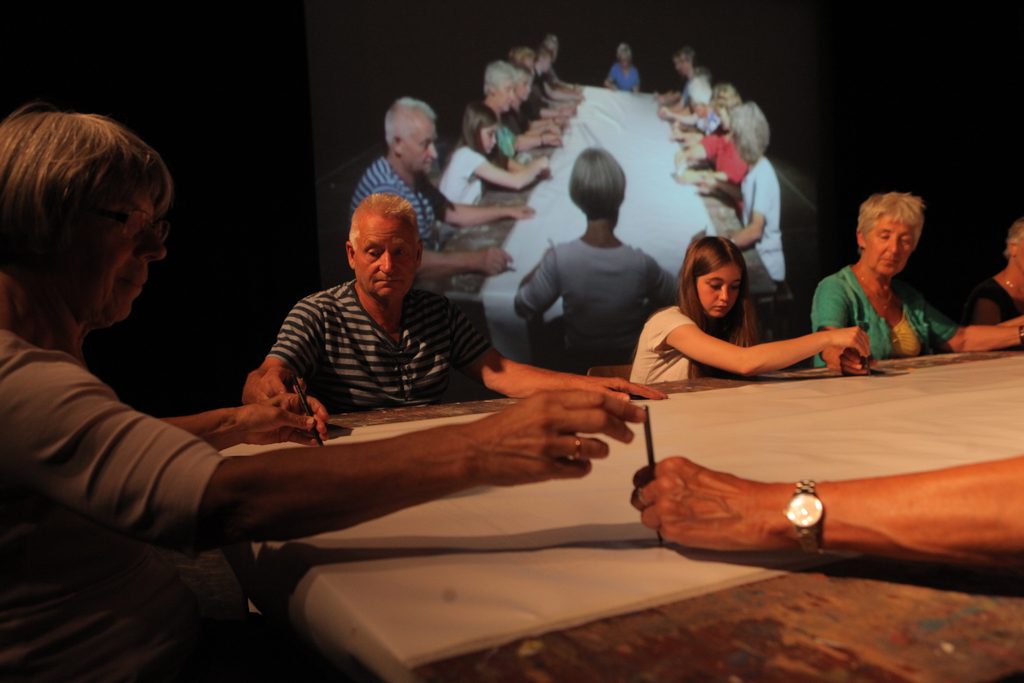 I give you a line

At Buitenkunst, 15 performers with 15 graphite pencils sit at a long wooden table, ± 1,5 x 10 meter, covered with white paper. A camera records their actions and project this live on a screen behind them.

I asked 15 participants of different ages to communicate an intention through the movement of a straight line with out using any words. The line is on going. The interrelationship between the lines, the hands and interactions of the participants is broadcasted live on a big screen behind the performers. This creates a simultaneous reflexive situation, a mirrored image between real time interaction and its representation.
The sound of the pencil increases, the movement slowly accelerates, lines multiply and gain weight. The sound gets louder and louder, the pencils and hands are moving faster and faster, then one of the pencils drops. The line continues until all the pencils are dropped and it is silent again. Together they create a trace, an echo of sounds and movements, a history of individuals and the collective.