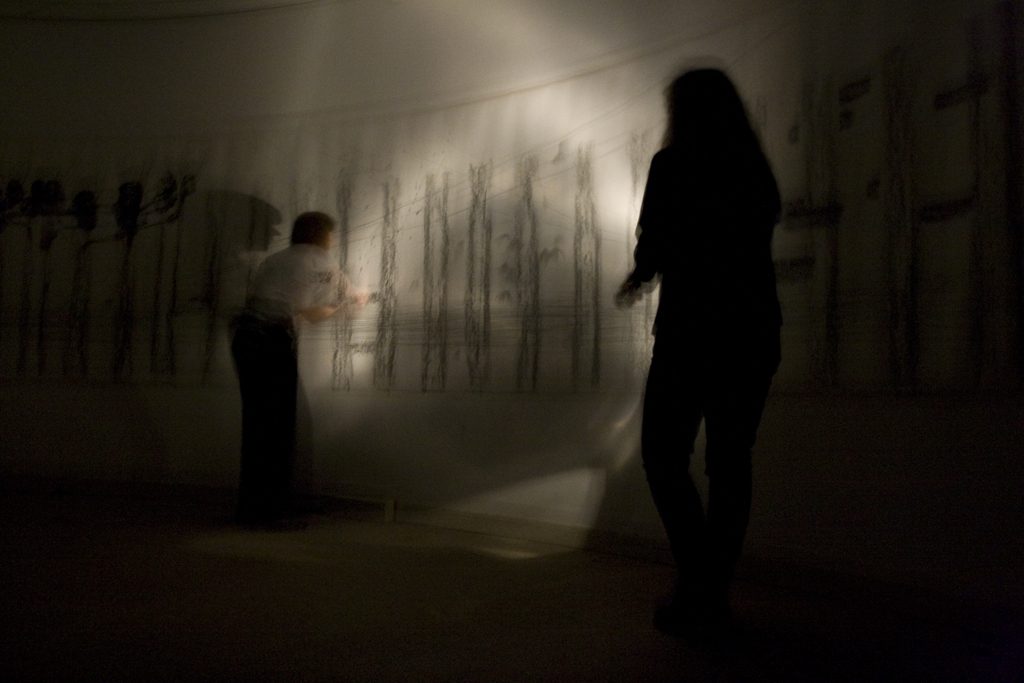 Together with musician Felicity Provan and light designer Ellen Knops impressions of the Amstelpark come together in an interplay of music, movement and lines on paper. During the 45-minute performance a monumental landscape drawing appears. The performance is in three parts. In the first part the musician, light designer and drawer show their own impressions and experiences of the park, inside a dark space of the Glazen Huis. In the second part the public is asked to draw the park themselves while walking at the same time. In the last part the musician reflects on drawings of the audience in sound in the Glass House.