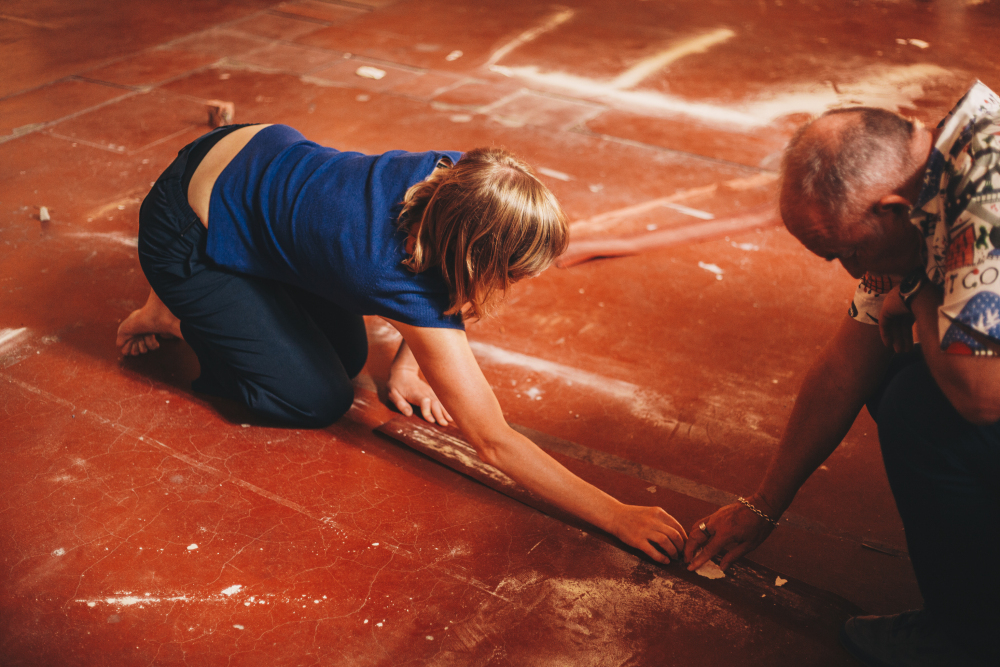 In this interactive Performance a dialogue is created between the public, surroundings and performer. In the dilapidated classroom my hands searched for the disjointed pieces of the walls, plinths and the floor and gently pried them loose like an old crust. These fragment of debris were used as marking objects.
One meter of sandpaper rolled in front of feet of the audience. I drew a line with a fragment of the room over the sandpaper, perceiving the abrasive sound and the trace that appeared on the sandpaper. I invited a spectator on the other side of the sandpaper to draw with me. The audience took over the fragment and drew a line back. A dialogue aroused among the piece of debris between our hands and the trail of dust on the sandpaper. I conducted several conversations, every time a different sounds, rhythms, colours and lines.  The debris were filed to dust but also became refined gems. I pated the dust in a line on the floor and write the letters HERE and NOW

NOWHERE
NOW HERE
NO WHERE

Every material and person has his own dialogue. Traces of dust lines are spread on the floor as a drawing of a memory of a temporary presence, an expression of identity in a site-specific place, a dialogue without words.