In Daily traces we reached and interconnected with a large audience through drawing. By working daily in the Amstelpassage of the Amsterdam Central station in an open studio, the artists gave the audience an insight into their own, individual drawing process. The drawings were shown on a timeline that functions as a visual diary of the month of January. Daily traces created a space for creativity and contemplation in an area of commuting and consumption and through juxtaposition reflected on the role of drawing in our society.
During the project Daily traces, I made interactive drawing performances of passing the pencil. A continuous line was made in one to one interaction on a metal table. 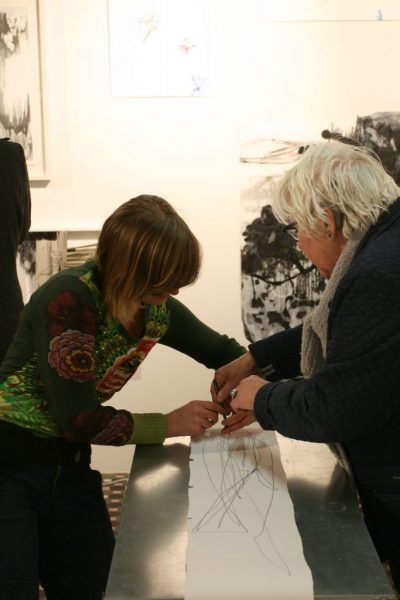